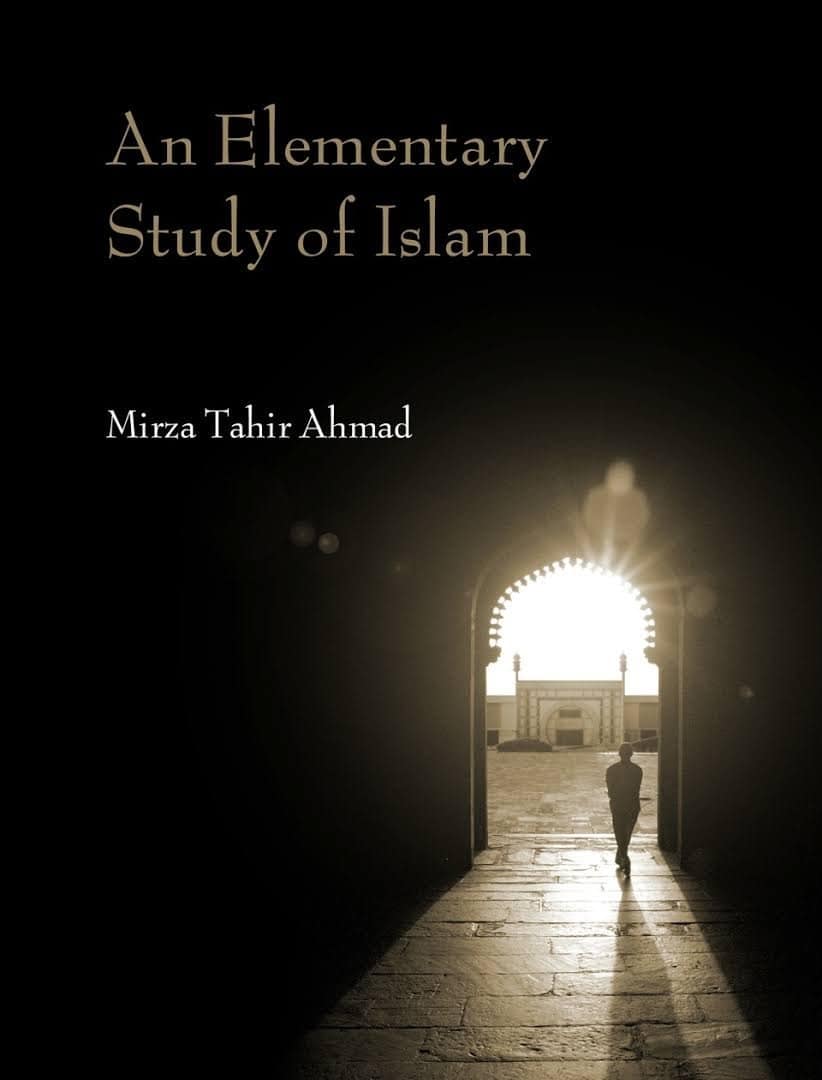 This seems to be a rather simple and elementary concept. It should not be difficult for anybody to understand the oneness of God, and there the matter seems to rest. But in fact there is far more to this than meets the eye. When one examines the concept of Unity in depth, the entire world of religion seems to revolve around this pivotal point. This belief influences man’s life in all its aspects. It also implies the negation of all else but God. So belief in the oneness of God is not the end-all of belief, but all other beliefs spring from this fountain-head of eternal truth. This also delivers a message of liberation from all other yokes and releases man from all obligations except such as is born out of his submission to God.

This article has been further elucidated from different angles, both in the Holy Quran and the traditions of the Holy Prophet(sa) of Islam. For instance, the declaration ‘La houl wala quat illa Billah’ (There is no all-encompassing power except Allah) opens up new windows for a deeper and wider understanding of Unity. It negates all fears other than the fear of God. The second part of the same brings to the focus of attention another very important aspect of Unity, i.e. that the power to achieve good is solely dependent on God and that He is Master of all sources of strength and energy. Hence while the first part relates to the negative aspects of power, the second part relates to the positive.

In application to human actions, intentions and motivations etc., these two forces are all-encompassing. Man’s intentions and his subsequent actions are always guided and controlled either by fear or hope and there is no exception to this rule. Those who do good deeds do so out of fear and hope, and those who indulge in vices are motivated by the same. The fears of non-believers belong to the negative ungodly category, and they shape their lives in accordance with these worldly fears. Sometimes they are afraid of earning the displeasure of monarchs and authorities, sometimes they are afraid of society in general or of despots and bullies. Again, sometimes they act evilly out of a fear of poverty and loss etc. So, in a world full of vices, a large part of human actions can be explained with reference to these fears.

The belief in Unity dispels these fears altogether and brings to one’s mind the importance of the fear of God, which means that one must not be afraid of the displeasure of the ungodly, but should always endeavour to avoid displeasing God and shape one’s life according to that fear alone. In the positive sense, the same applies to all human motivations and consequent actions. Man always lives by some motive to please someone, himself being no exception. In fact, more often than not, he works to please himself even at the cost of those who are otherwise dear to him.

A more exaggerated form of this attitude renders man a worshipper of his own ego. To achieve his purpose, man has to please those on whom his pleasures depend. As such, again he has to constantly strive to win the favours of monarchs, authorities etc. What we are describing is the worst form of slavery. The hopes and fears of a slave are completely dependent on the whims, pleasures and displeasures of his master. But a godless man has not one master alone. Every other human being in relation to his personal interests can play as God to him. If you analyse the ultimate cause of social, moral or political evils, it is such human worship which destroys the peace of man’s mind, and society as a whole begins to deteriorate endlessly.

From this point of view, when you cast another glance at the fundamental declaration, that ‘there is no God but Allah, the One and Only’, all these fears and hopes relating to objects other than God are dispelled, as if by the waving of a magic wand. In other words, by choosing one master alone you are liberated from slavery to all others. To be a slave of such others as are themselves slaves to numberless gods is a poor bargain indeed! But that is not all. The gods that such people worship are many a time products of their own imagination, which can do them neither good nor harm. Most men, on the other hand, worship nothing but mortals like themselves, their own egos being supreme among them all. Hence each of them bows to numberless egotistic gods, their interests being at clash with each other, creating a situation which is the ultimate of chaos.

The Islamic concept of Unity also inculcates in man the realisation of the oneness of the human species, and does away with all such barriers as divide man into racial, ethnic and colour denominations. This gives birth to the universal concept of equality in Islam, which is its distinctive feature. Hence from the vantage point of God, all human beings, wherever and in whichever age they were born, stand equal in His sight. As will be demonstrated shortly, it is this fundamental which gives rise to all other fundamental beliefs and doctrines in Islam. As briefly mentioned before, Islam’s doctrine of Unity is absolute and unsplittable; it has no room for adding to the Godhead in any form. He has neither a father nor a mother, nor has He a spouse. For Him to give birth to sons and daughters is inconceivable.

Another important aspect of Unity of God as presented by the Quran relates to absolute harmony in His creation . It is this harmony concept which appealed so strongly to Einstein. He was compelled to pay tribute to the perfect symmetry in nature, which according to him required the oneness of creator. He was a scientist, and his perception of that harmony was limited to the material universe. But the Holy Quran speaks of the harmony in creation in all its possible applications. The Holy Quran claims that within nature, as created by God, and within the divine books revealed by God, there is no disharmony; that there is complete concurrence between one area of God’s creation and another, and between one book and the other.

It goes further to declare that there is perfect consistency between the Word of God and the Act of God and that there can be no contradiction between nature and the divine word as revealed to His prophets. This subject is beautifully expressed in the first five verses of Surah Al-Mulk, and is also taken up in many other verses of the Quran from various angles.

Coming to individuals, the belief in Unity plays a very important role in the education and upbringing of humans. It requires a consistency between man’s views and actions, a consistency between his relationship with God and his fellow beings, thus binding creation in a single chain of unbreakable unity. This can be better understood by bringing to focus the practices of some so-called religious people, who preach hatred for one section of human society against another in the name of the one and only God. The principle of Unity of God is at variance with this practice and as such does not permit people to create divisions between God and His creation and within the creation of God.

An Elementary Study of Islam
by
Hazrat Mirza Tahir Ahmad