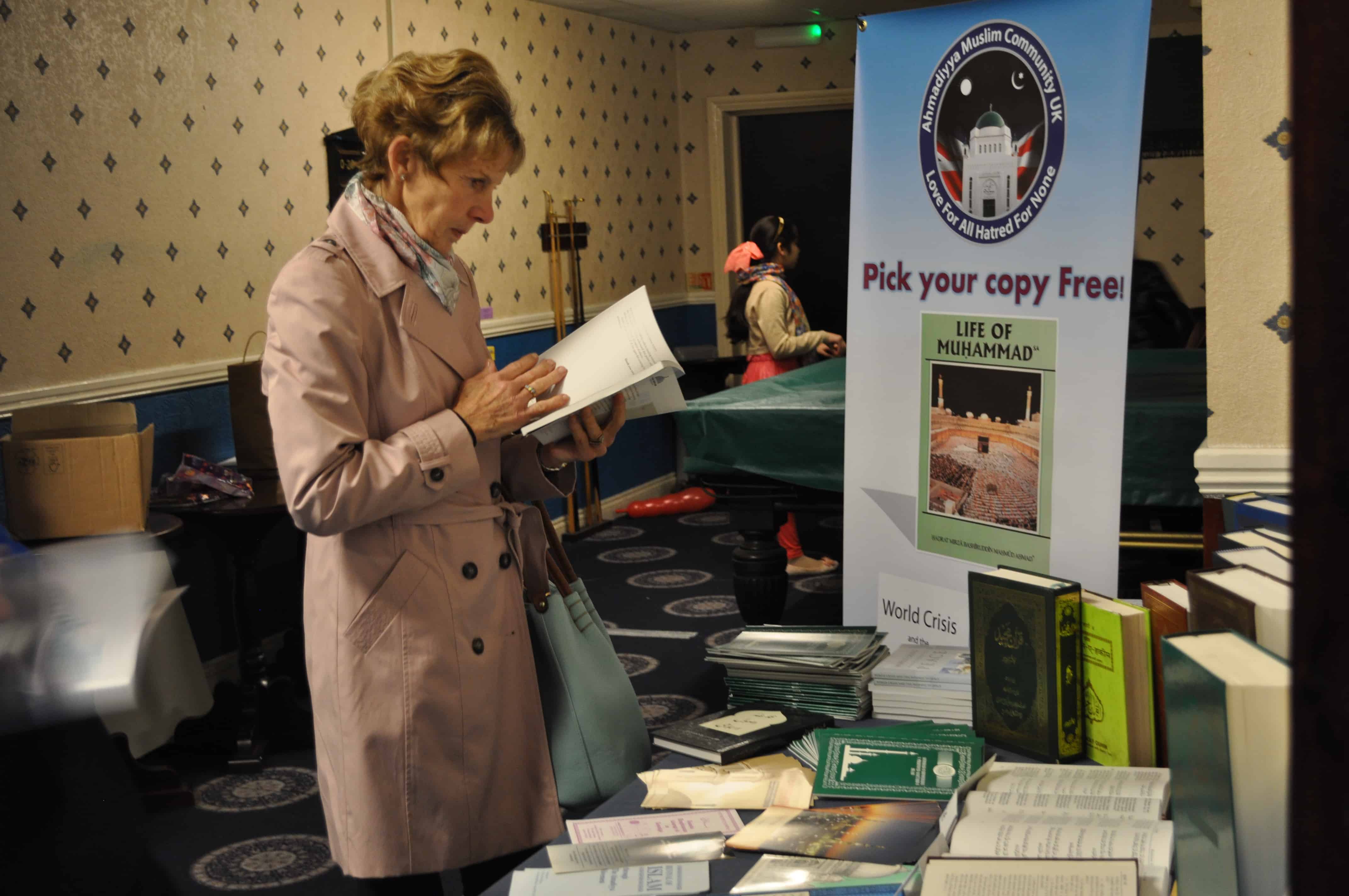 Ahmadiyya Muslim Elder’s Association South West Region held a Peace Symposiums ‘’Reception 2018’’ on 27th January 2018 at the landmark venue of ‘The Mission to Seafarers’ in Newport Wales, which was founded in 1856. Her Majesty the Queen is the Patron and Her Royal Highness, the Princess Royal is the president.

A total number of 41guests attended the reception, including the Mayor of Newport and Mayoress, Mayor of Caldicot, ex-High Sheriff of Gwent, and Gwent Police Superintendent.  A total of 11 councillors attended the reception, which includes two former Mayors. Among the distinguish guests was a Head Teacher of a local Welsh school, two recently honoured MBEs and representatives from volunteer and non-profit bodies of Gwent and Wales.

The programme was chaired by Regional President of South West, MR Munawar Mughal, and started with the recitation of The Holy Qur’an by Rohail Sadat with English translation. Deputy Lord Lieutenant of Gwent, Edward Watts MBE, who is also the chairman of mission to seafarers for 30 years, and a very good friend of Ahmadiyya community, officially welcomed everyone to the reception and to the centre. An introduction to the Ahmadiyya community was presented by Safeer Imran. The Mayor of Caldicot, Cllr Philips Stevens in his speech appreciated the charitable work which AMEA are doing, especially through Charity Walk for Peace. The Superintendent Gwent Police, Ian Roberts, in his speech stressed upon the collective efforts for a safer and cohesive community.

Mrs Shereen Williams MBE also shared her experience and views regarding the need for equal opportunities for every one in the society. Reverend Mark Lawson of Mission to Seafarer also spoke about the love and tolerance between different faiths and values and shared his good practice as faith representative.

Cllr David Fourweather, Mayor of Newport, said that the Ahmadiyya Muslim Community is doing excellent work for the community at large and really spreading the message of love and peace for the whole community and that we keep up this good work.

Mr Munawar Mughal, in his concluding address, said that he is extremely grateful to all of the guests for attending the reception on Saturday especially when the big football match was on that day in Newport. He also very briefly highlighted Jamaat’s activities in the UK, specifically the forthcoming Charity Walk For Peace on 29th April 2018 in Runnemede Surrey and requested support.

Free Jamaat literature was available to the guests and a Quran exhibition was also on display in different languages. A key aspect of this was the Welsh translation of selected verses of the Holy Quran and sayings of the Holy Prophet (saw) were also displayed for the benefit of the local Welsh-speaking guests, which they appreciated very much. The majority of the guests, including the VIPs, took home literature of their own choice. On this occasion, a copy of English translation of the Holy Quran was also presented to Mayor of Caldicot.

Gwent Police Superintendent and Divisional Commander Ian Roberts expressed his feelings in one of his tweets:

“Honoured to be invited to the @AhmadiyyaWales celebration today. I met some very kind people doing great work for charity and for our communities.”

“Attending a very thoughtful lunch hosted by @AhmadiyyaWales. Great to hear from a number of community figures.”

Guest views were also recorded in form of video clips.

Local media and press expressed a keen interest in publishing the event, and one of the most popular Newspapers in Wales, “South Wales Argus”, published the news with pictures on their website.