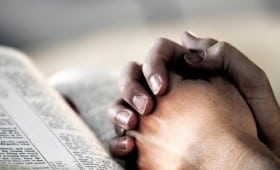 We are delighted to inform you that now the certificates that we issue are certified, which means they are recognised and can be used for employment etc.  We are also giving Student Transcripts along with the certificates.

We have now completed most of the articles from the course, therefore we will be answering some of the most popular questions that have been sent in.  If you have any questions you wish to ask, please send them in and we may publish the answer.

If you do not wish to receive the Newsletter, then there is the option to unsubscribe at the bottom of this Newsletter.

I have been in a lengthy discussion with a person who doesn’t believe in God and states that how can such a God want peace when He is always wanting to punish those who do not believe in Him?  He admitted that ‘Yes there is evidence of a greater being which we can respect, and observe bad consequences of not doing so,but there is no evidence whatsoever of a living being we can have a relationship with.’

Such people with this sort of belief is very common these days. They blame religion for the problems of today, and feel that people who ‘just have faith’ are weak and holding onto faith rather than reality.

So how can we face and answer such people with their criticism?

When they say that there is ‘no evidence whatsoever of a Living Being’, that is from a point of view from someone who has no relationship with Him.  But for a believer, there is plenty of evidence which we experience every day.  We need to explain this relationship to them to help them understand.

This relationship comes in different forms and according to one’s relationship with our Maker.  The closer that is, the more one experiences.  But most people, whether they believe or not, will have some experiences, whether they attribute it to the One God is a different thing. For instance, when we pray for something and it happens, some will call it a coincidence, but for a believer, we know it is from Allah and that strengthens our relationship even more, especially if it is the very thing you have been asking for. For instance, I remember once being asked by my friend whilst in Pakistan, to go with him to Lahore.  I didn’t have any money and I didn’t feel right about asking him to pay, as he was a student like me.  On the other hand I did not want to let him down. So for the first time, I prayed for money, for 50 rupees.

Later that day, I met someone from England and he invited me to his home. As I was leaving he put something in my hand. Not wanting to embarrass him, I slipped it into my pocket and left.  When I reached home, I remembered about it and upon investigation, found it was a 50 rupee note, the exact money I needed to go to Lahore.

Then we have dreams.  Of course everyone dreams and sometimes they are pointless dreams, or thoughts of what happened that day, or even satanic dreams. But dreams is a way for God to communicate to you, and when you see a Godly dream, then again it strengthens your relationship with God.  Especially if it comes true.

Again I remember a friend saw in a dream that his wife was pregnant and he was told the sex and name of the child.  He informed his wife of his dream and she dismissed it as wishful thinking, but then discovered that she was pregnant.  He told everyone that it was going to be a boy and he was going to name it from the name he was told by God.  One day she fell down the stairs.  He prayed to Allah to ask if the child was okay and was informed that he was fine and would be very healthy.  He told his wife that there was no need to go to the hospital, but she insisted and was told that the child was healthy.  He was blessed with a boy, that looked exactly like what he saw in the dream.

Then we have Kashifs – waking dreams or visions.  I was told once by my teacher that when he was a small boy, his father and others use to gather after the morning prayer and do a silent prayer together.  One time suddenly this pure liquid came from the sky into his father’s hand.  They couldn’t describe it, but it was like a form of rich honey. They woke him up and he ran to his father and saw the liquid descending and they all partook of it, which was, as he said, the most wondrous taste he had ever known.

Finally we have revelations, where God speaks directly to you, this can be messages or verses from the Holy Qur’an or just things like ‘I love you’, which was said to a close friend of mine.

Now the closer you are to Allah, the more frequent you get these experiences, but Alhamdulillah in this community, this is very common.  Of course, a Prophet will be getting abundant experiences.  The Promised Messiah (may peace be upon him) received so many revelations that a thick book containing them all, has been published called Tadhkirah.

Of course there are other experiences that one may get, but these are the most common.

This is very important, as to truly believe in God, you need to have a ‘live’ relationship with Him and in that way, any doubt will be removed.

But it needs a person to strive to get these experiences.

“if you walk to God, He will run to you”

which means that God wants you first to make the effort and when you do, then He comes running to you.

This is the main problem, these sort of people do not want to make the efforts required, they demand and expect God to reveal Himself to them.

“And when My servants ask thee about Me, say, ‘I am near.  I answer the prayer of the supplicant when he prays to Me.  So they should hearken to Me and believe in Me, that they may follow the right way.’ “

In this verse of the Holy Qur’an, it explains how we can have ‘communion with Allah’, and it is through our prayers.

In our prayers we can talk to Allah, ask Him to help us, guide us and provide for us.  If you want something from someone, the only way you are going to get it, is to ask them!  They can’t read your minds?  So it is the same with Allah. Although He knows what you want, still He wants you to ask first. That shows Allah that you really want it. And the verse states this.

“I answer the prayer of the person who prays to Me.”

This also shows that Allah is a ‘Living God’. It is stating that when ‘my servants ask about the proof of My existence’, then the answer is that ‘I am very near’.

The easiest way to recognise Me is that when you pray to Me, then I hear your prayers and grant you the glad tidings of success though My revelation”

Of course it also mentions some conditions for the acceptance of your prayers.

That they should believe in Me and follow the right way.

If you do not really believe in Allah, then how can you expect Him to answer you?

Therefore it is important for believers to inform everyone that Allah is a living God and that He is still helping us and has sent to us the Promised Messiah and Imam Mahdi to help and guide us back to Him.